Beyond Blue: The OTHER Colors of Utah's Grosbeaks

I'll say right up front that I still need to capture images of a Pine Grosbeak. I won't be able to include that one in the post. However, I do have a variety of images of Black-headed, Evening, and Rose-breasted Grosbeaks to share.

I'll start with the Black-headed Grosbeak. It is the most commonly seen of all the Grosbeaks who visit or reside in the state of Utah.


The image below is not as sharp as I like, but it does show a bit of the wing and tail pattern for the male Black-headed Grosbeak.


Evening Grosbeaks are probably second to the Black-headed when it comes to how often they are seen by birders in Utah. While the Black-headed are abundant during the spring and summer breeding months the Evening is more commonly seen during the winter months when they come down from the mountains and visit yard feeders and parks loaded with Russian Olive Trees.  People who have them visiting yard feeders will quickly share how these birds will eat you out of house and home when it comes to the amount of seeds they will eat. Below are images of males and females.

The yellow uni-brow of the male is pretty cool. These first two images were captured near Sundance Ski Resort.

Posted by Jeff Cooper at 4:00 AM No comments:

Lurking for Thing-a-ma Larks Around Utah

When I first took up birding as a hobby a few years ago the only bird I knew with "lark" in its name was a Meadowlark. All others would possibly get classified as thing-a-ma-larks. I had seen Meadowlarks often while growing up in Kentucky and quickly recognized them when I took up birding as an adult in Utah. I discovered there were actually two types of Meadowlarks in the US when I looked up Meadowlark in my first field guide--the Eastern and the Western. Other than geographic location, I'm not sure I'd know the difference between the two if I saw them in the field.

Meadowlarks are permanent residents in Utah. They are skittish birds and usually fly away quickly as humans approach. However, I was able to get rather close to a few from inside my truck when I introduced my older brother to birding a couple of years ago during one of his visits to Utah. I pulled off to the side of the road and he said, "Look how yellow that one is!" It was as if he had REALLY seen a Meadowlark for the first time in his 50-some years on this beautiful earth.

The next Lark thingie I discovered in Utah was the Horned Lark. Horned Larks are abundant in the open spaces of Utah's Sagebrush-dotted deserts. I've stopped by one of my favorite open-ground birding areas on my may home from work a couple of times recently and photographed some Horned Larks. They spend a great deal of time on the ground or flying low over the ground.

The images below were captured during a trip to Antelope Island State Park in Davis County, Utah. They show the typical, low-to-the-ground perch as well as the way they dart from one location to another while keeping low to the ground.


Horned Larks are seen during all seasons of the year in Utah. They will gather in large flocks during winter months and forage for plant seeds in and around the open desert and agricultural fields.


The last image for Horned Lark shows a bird trying to stay atop a stake as a gust of wind came through and nearly knocked him off his perch. Wings, feet, and tail took instinctive actions to hold him in position. 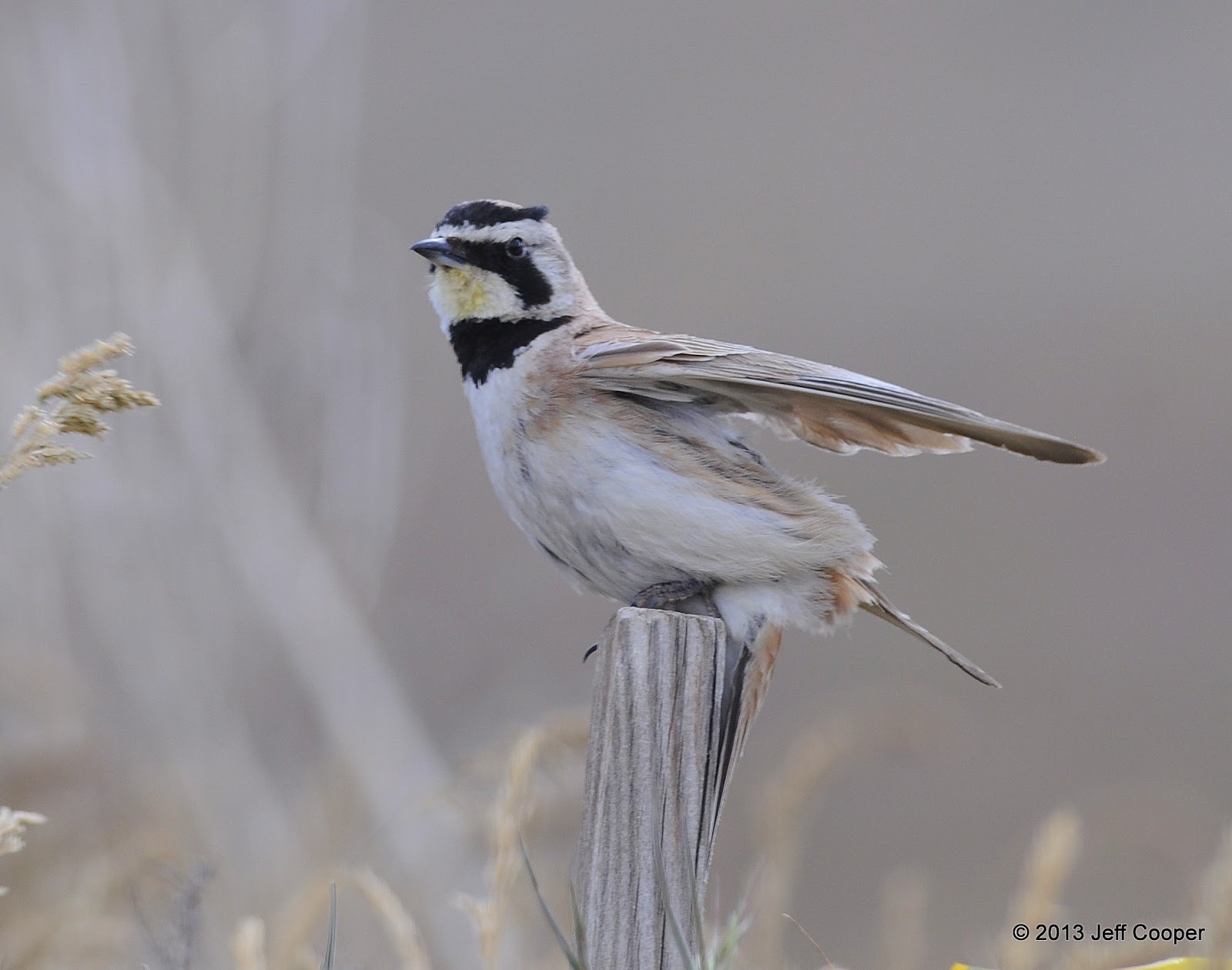 I have to say that the Lark Sparrow is always a welcomed sight when spring arrives. These distinctively patterned sparrows winter in California, Texas, and Mexico. Some pick Utah for their spring and summer breeding grounds. I captured the images below on my way home from work today when I drove by the Utah State Flight Park just outside the city of Lehi.

Last but not least, we come to the final Lark thingie expected in Utah--the Lark Bunting. The typical location for spotting one would be in the extreme northeast corner of Utah during the summer months as the migrate from the extreme lower portions of Arizona, New Mexico, Texas and Mexico to parts on the eastern side of the Rocky Mountain range. I've never looked for them in their expected range, but I have seen a few in the southwest corner of Utah and the west side of the Utah and Salt Lake Valleys. Those were lucky sightings as vagrants were migrating.  The bird below was found near the city of St George. It is a male Lark Bunting transitioning into breeding plumage.

I captured the images below from quite a distance. I wanted to get the best shot I could to document the sighting for others. I was able to get a perched shot and then a flight shot as it flew to a more distant location.

I like and love lots of things and really don't have favorites of very many things. However, I do consider the Blue Grosbeak to be my favorite summer passerine. It is a highlight during late spring or early summer when I see my first male of the year. I'm glad to have them back from Central America for the summer. I love the dark blue color and the contrasting rufous wing bars. After seeing my first male Blue Grosbeak a few years ago I decided I would not let another summer go by without locating a few males singing on their territory. The male below had set up its territory and was singing from a Russian Olive tree along a dirt road we call Swede Lane in Utah County, Utah.

Here is a full view of the same male after he flew across the dirt road and perched on a barbed wire fence post.

A good birding friend, who knows my love for the beautiful birds, located the male below near Lindon Beach in Utah County. True to our friendship he sent a text message to me to provide the location. I was able to hear this bird sing and get a few decent images to add to my collection of images. The image below shows a nice profile highlighting its "gross" beak, rufous wing bars, and dark wings and tail feathers.

First-summer males look a little messy as they sport their "tween" plumage, morphing from the pale rufous/buff color to a dark blue with contrasting rufous wing bars and black lores. The bi-colored beak can also be distinguished in the images below.


Once I've located a few males I know I will be able to return in a couple of months to see juveniles. The image below shows at least two siblings down low. 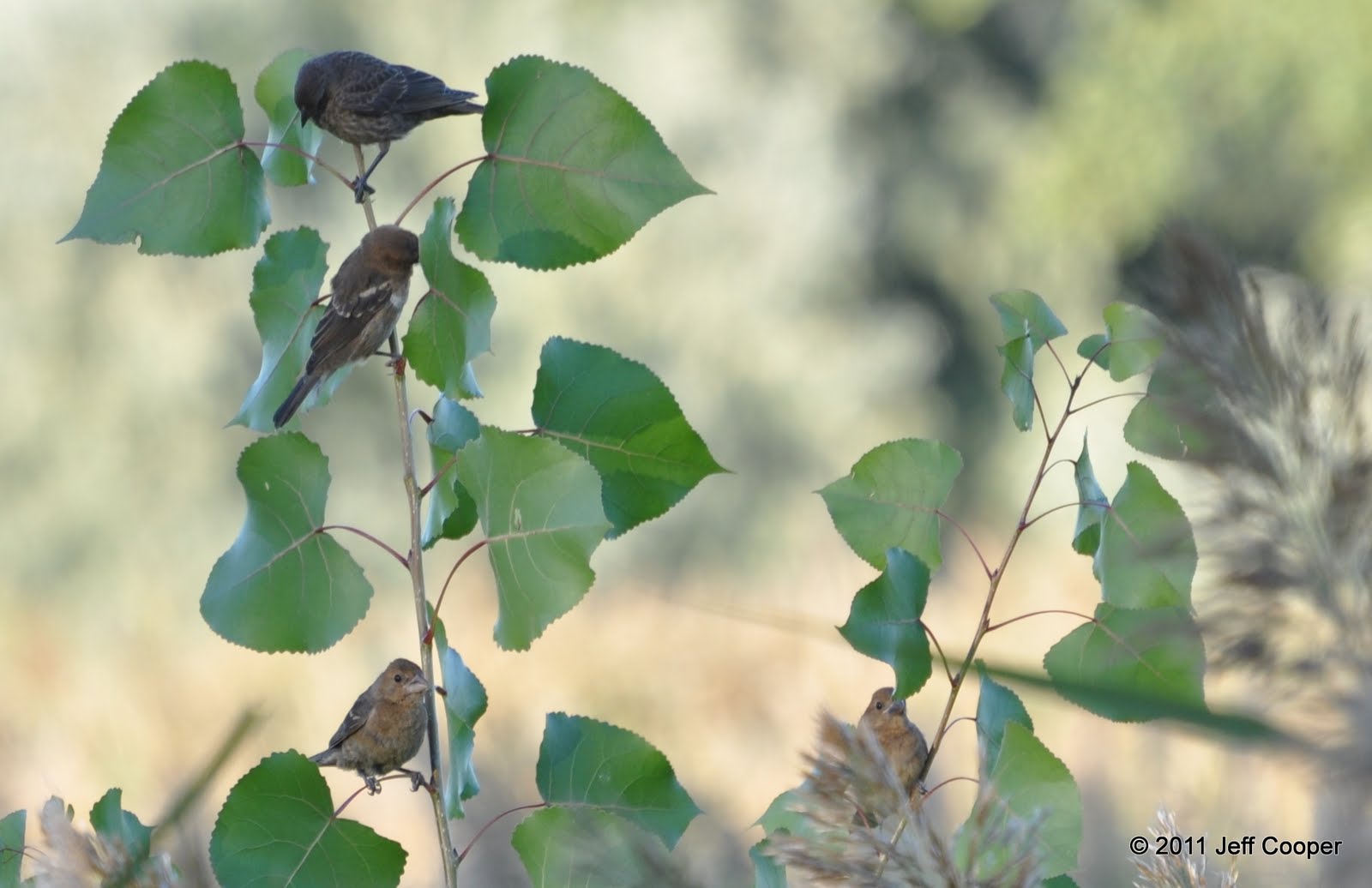 This juvenile was found a couple summers ago in an open field in American Fork, Utah.
I wish I could have gotten closer to the bird below. I loved the dark blue contrast against the green of the grain. This bird sang its way to the perch below as I was trying to photograph a male Bobolink in an adjacent field of tall grass.

The images in this post come from the "not very good" folder. Consequently, they lend themselves to quiz material. Poor lighting, deep cropping, and other factors make identification of some of these birds challenging. I've numbered them 1 to 12. If you are interested, write down the number and the ID and then share your ID in the comments below. Even if you only attempt to ID a few it can be a fun exercise. I'll share my IDs in a few days.

All of these raptor images were captured in the state of Utah. If you can identify them trying adding the age or specific subspecies name. Hint: Some species and even the same bird may show up multiple times in the images below. 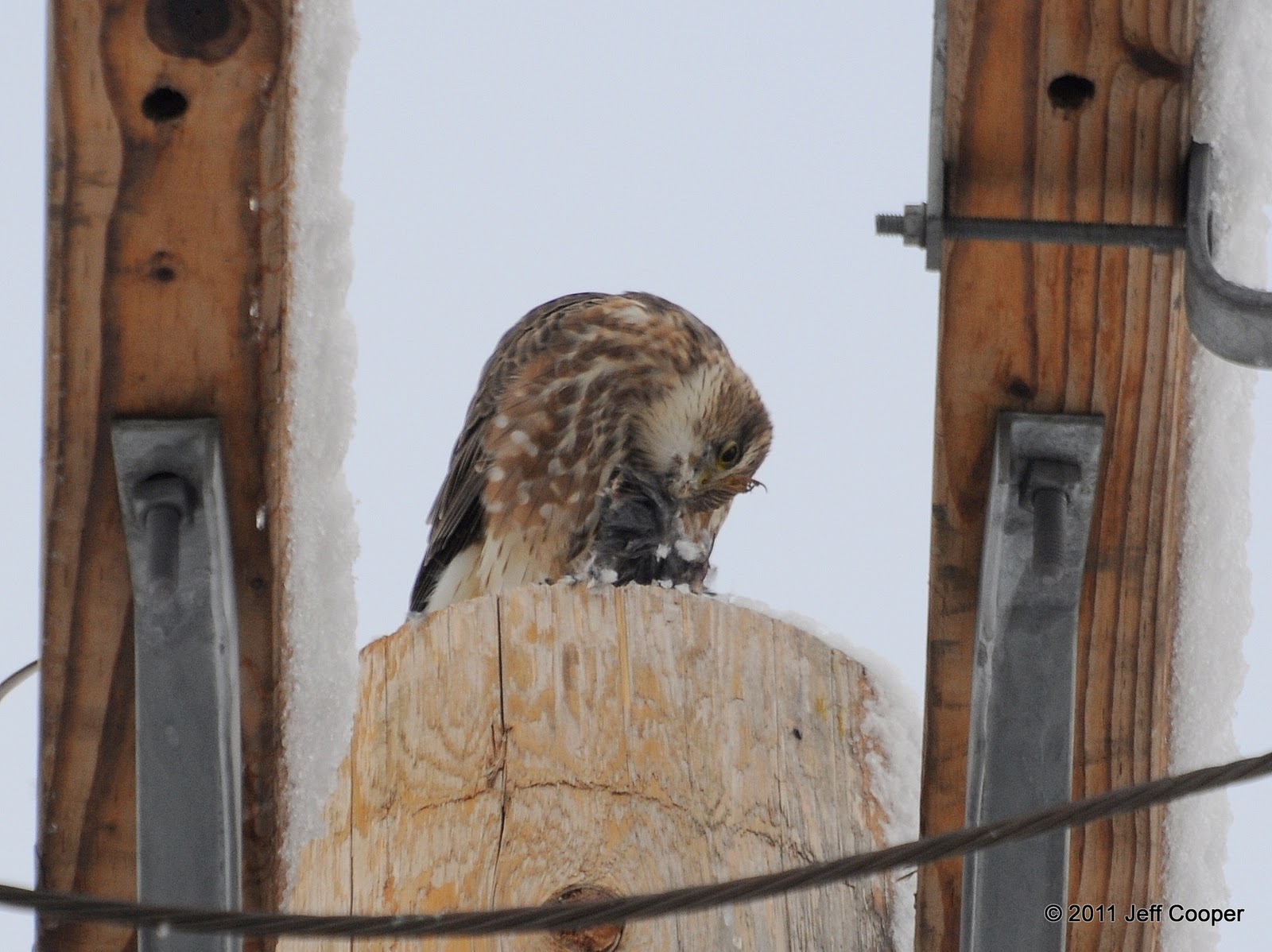 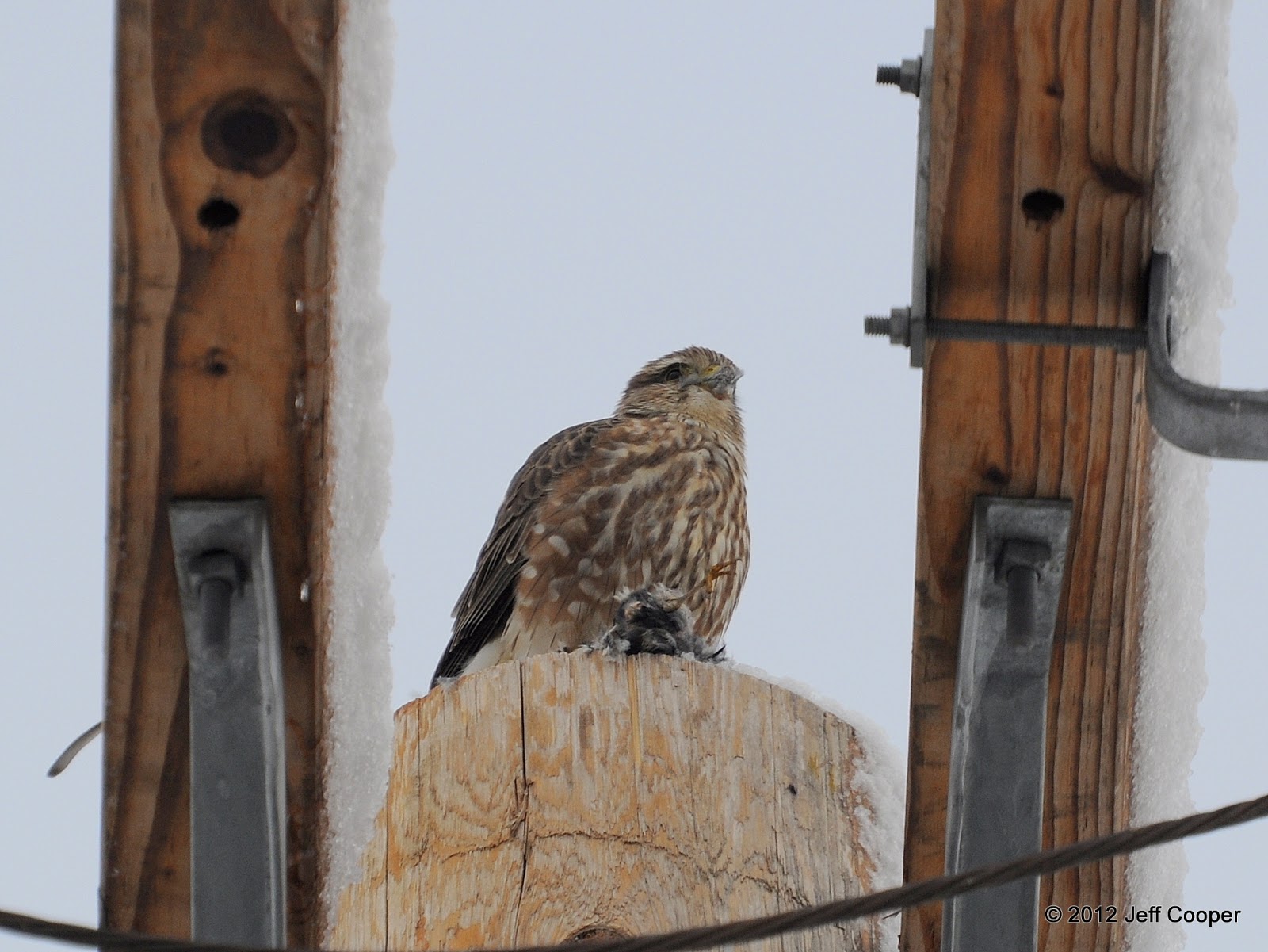 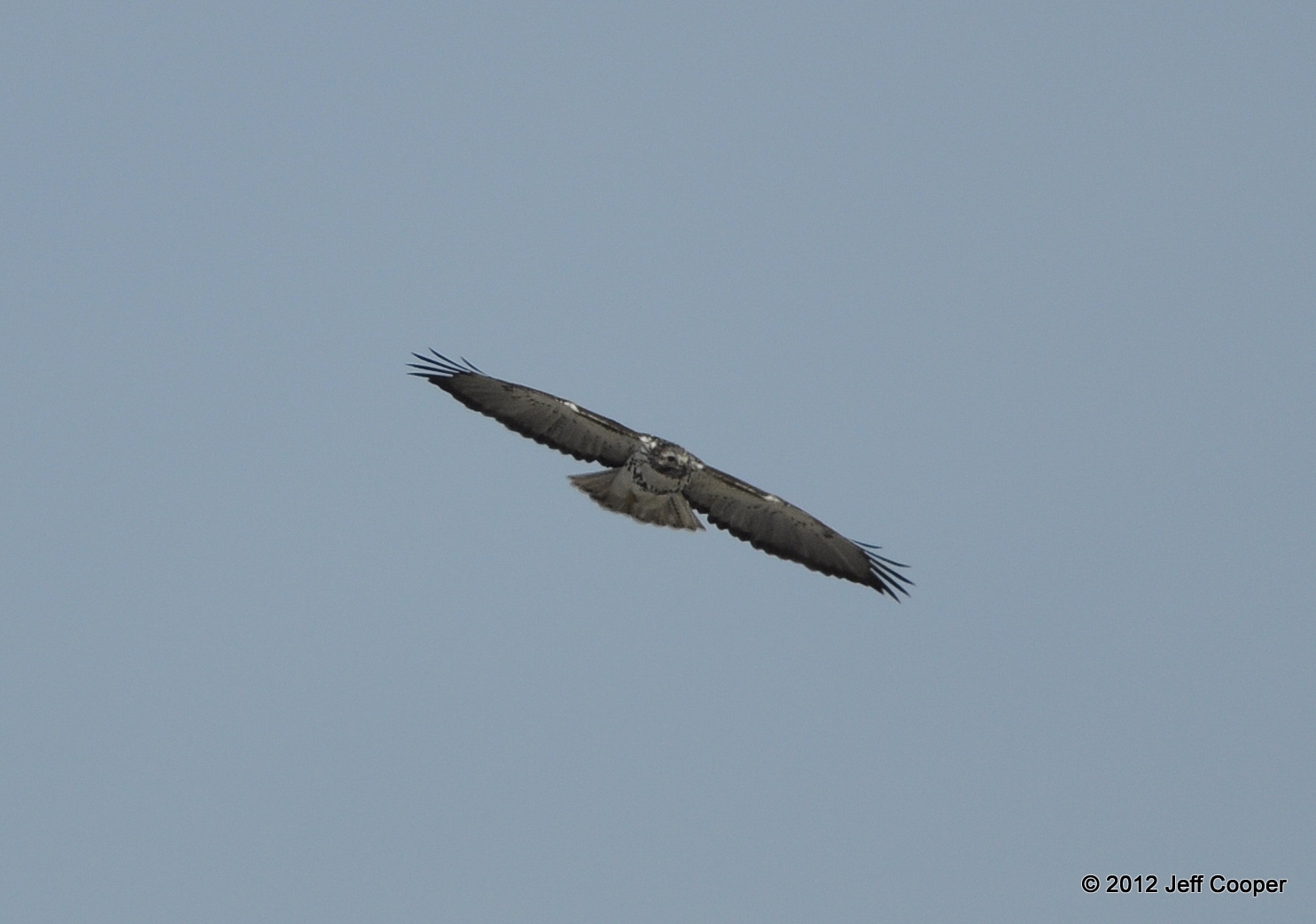 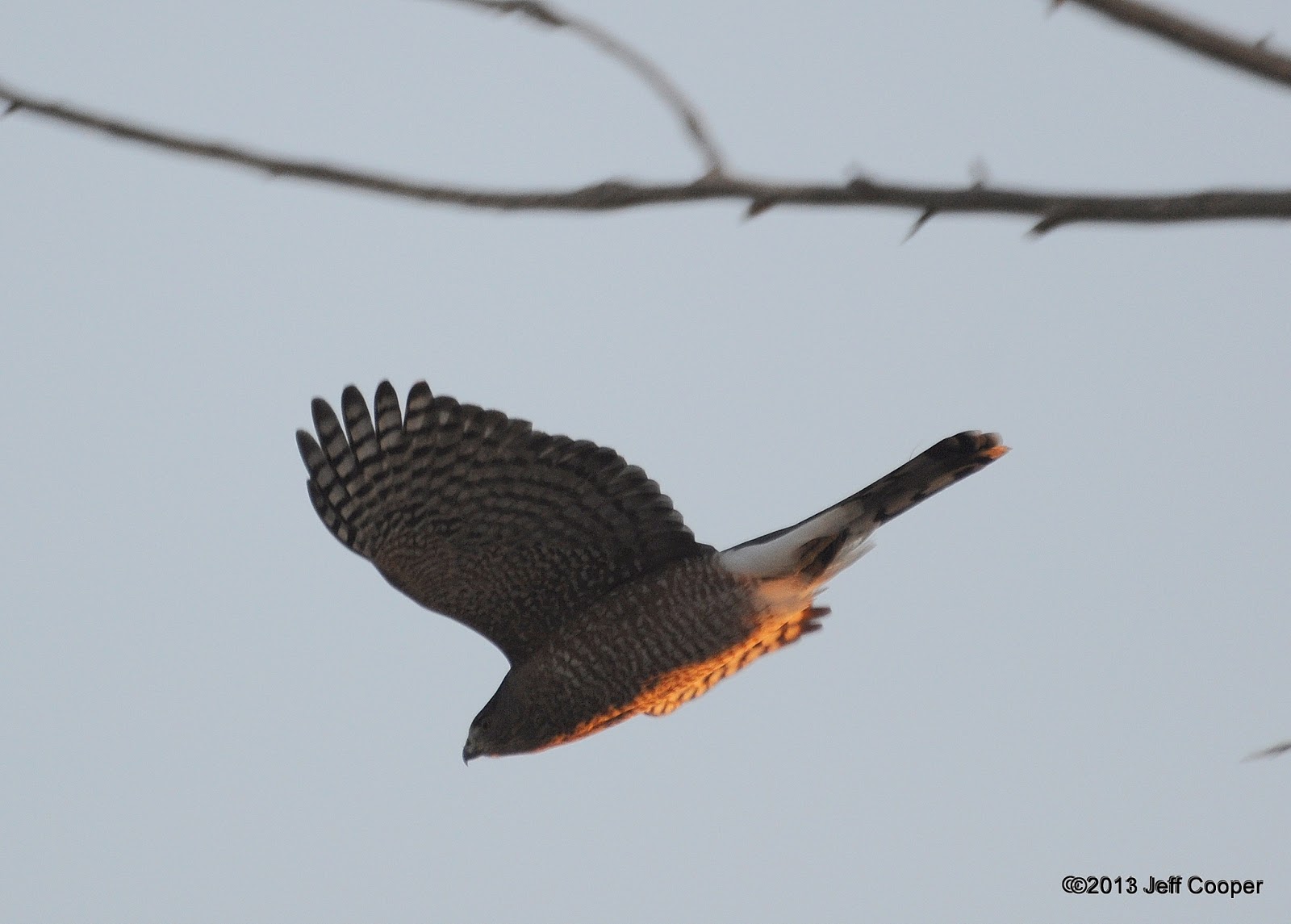 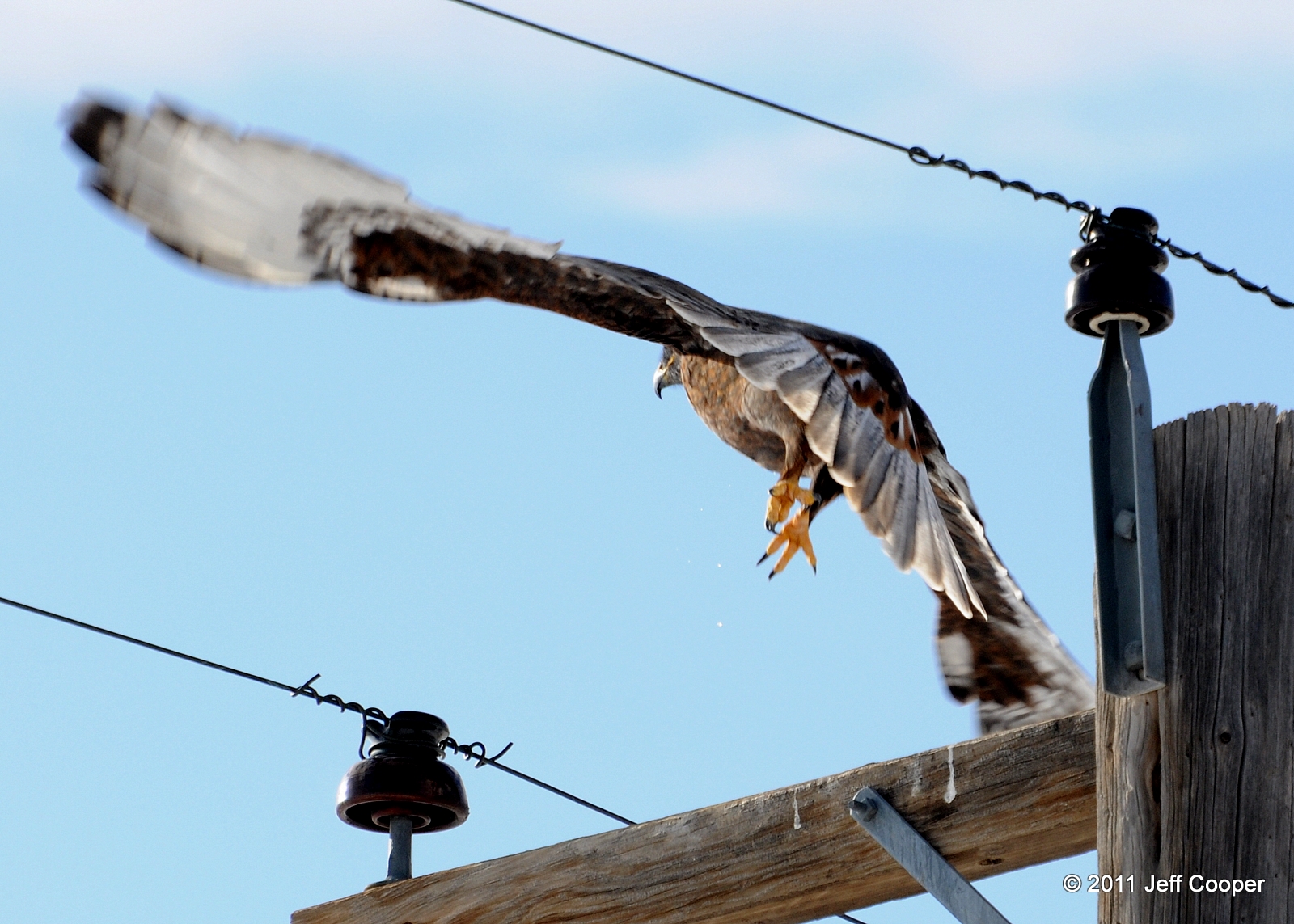 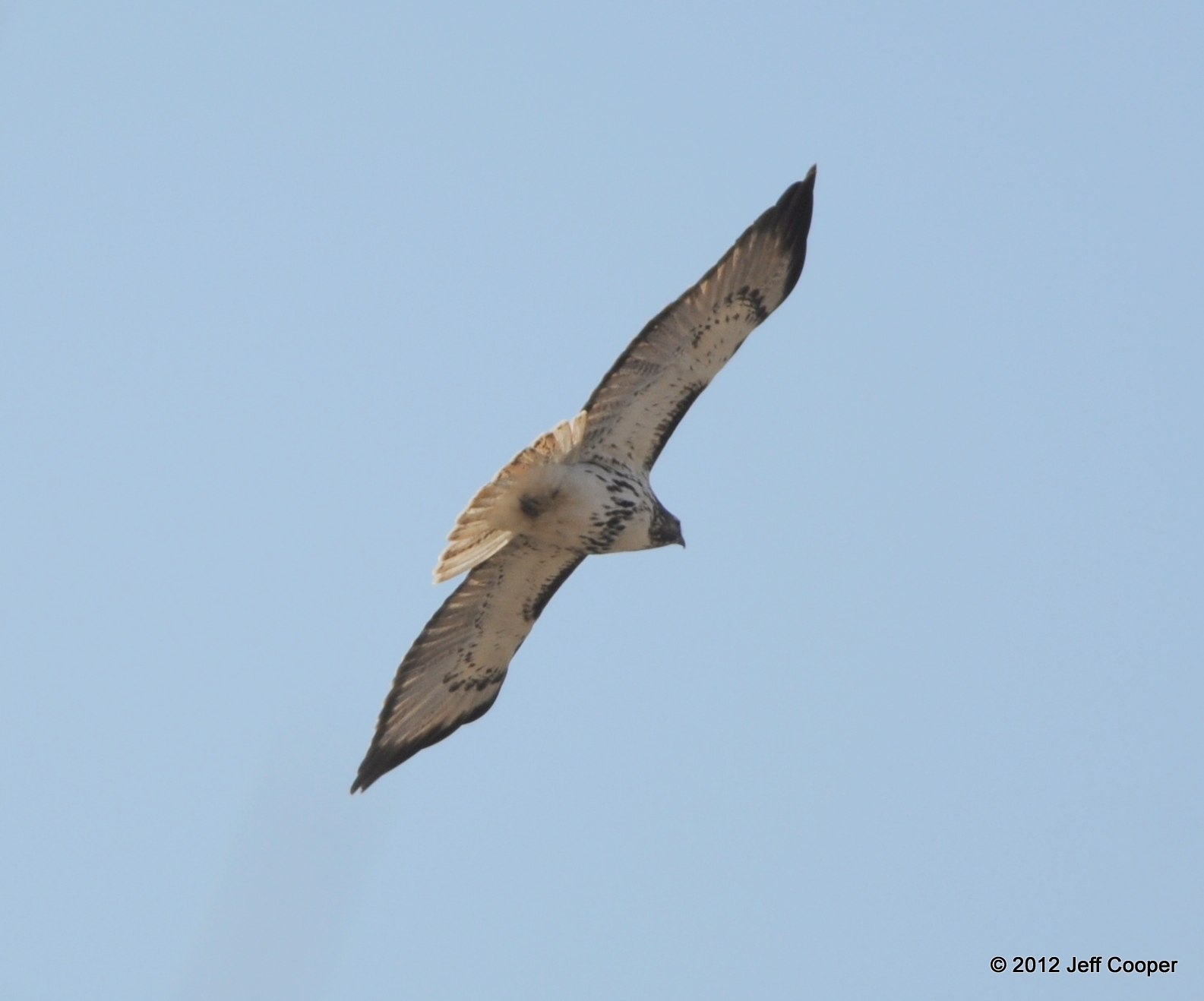 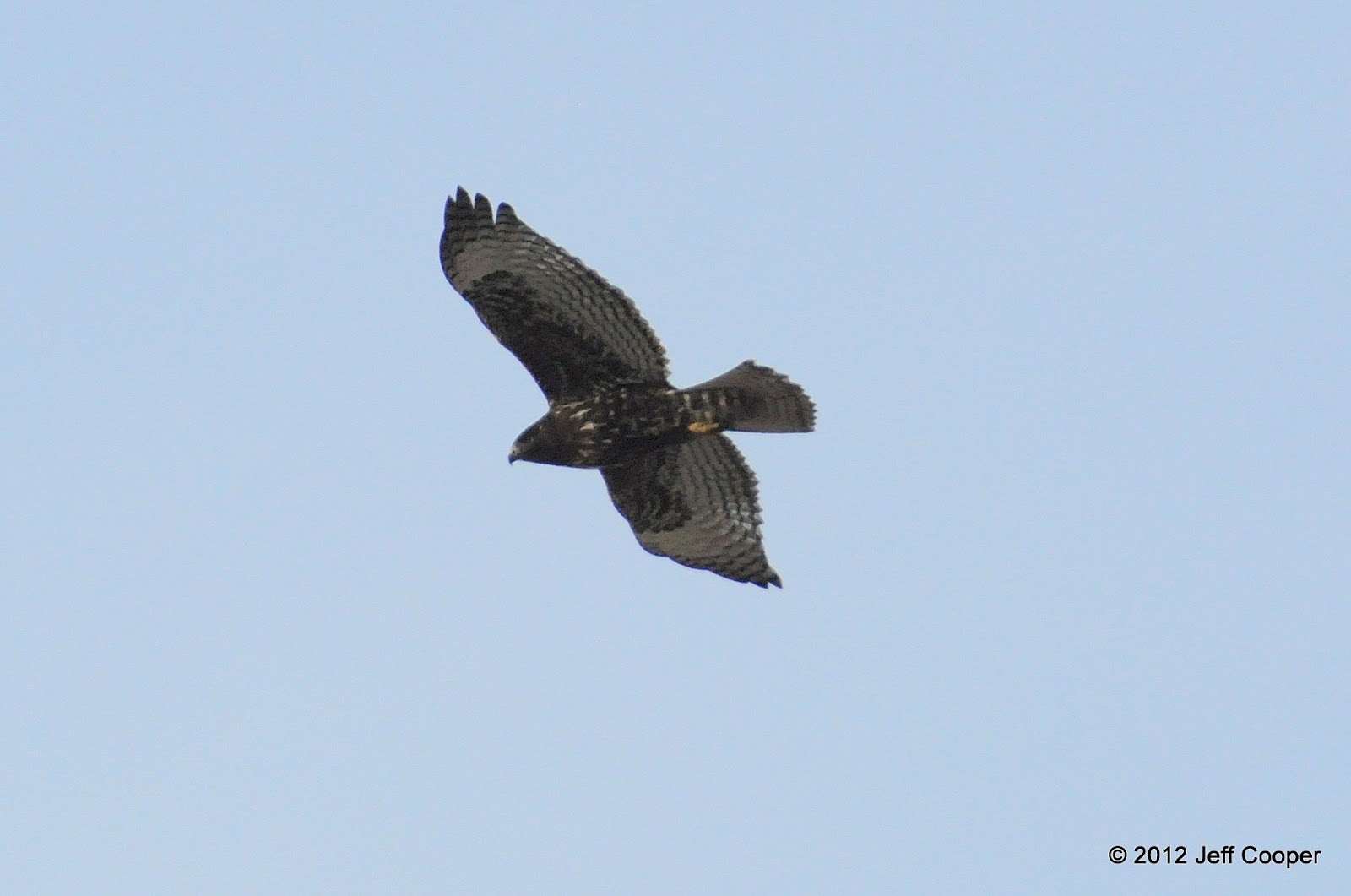 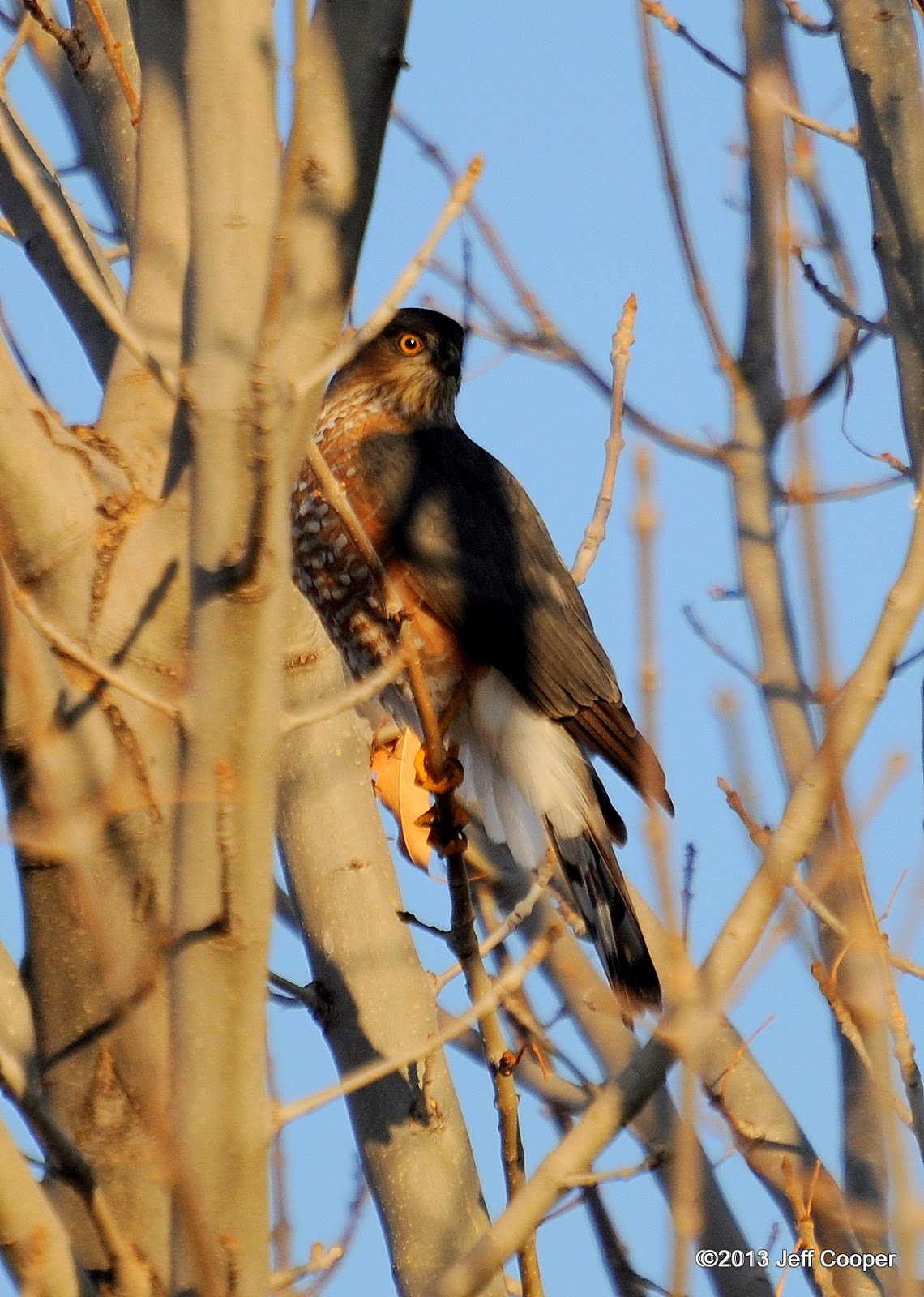 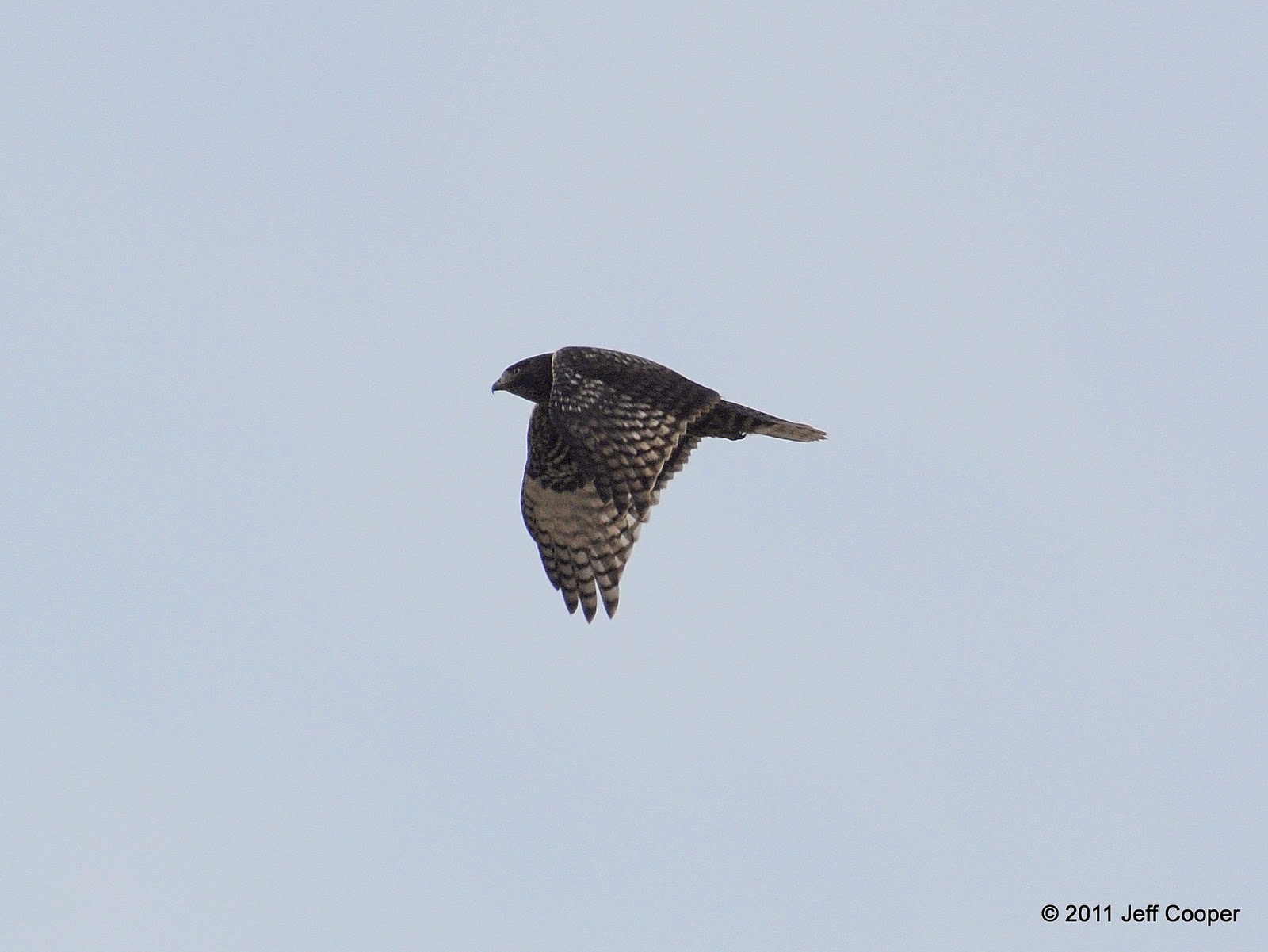 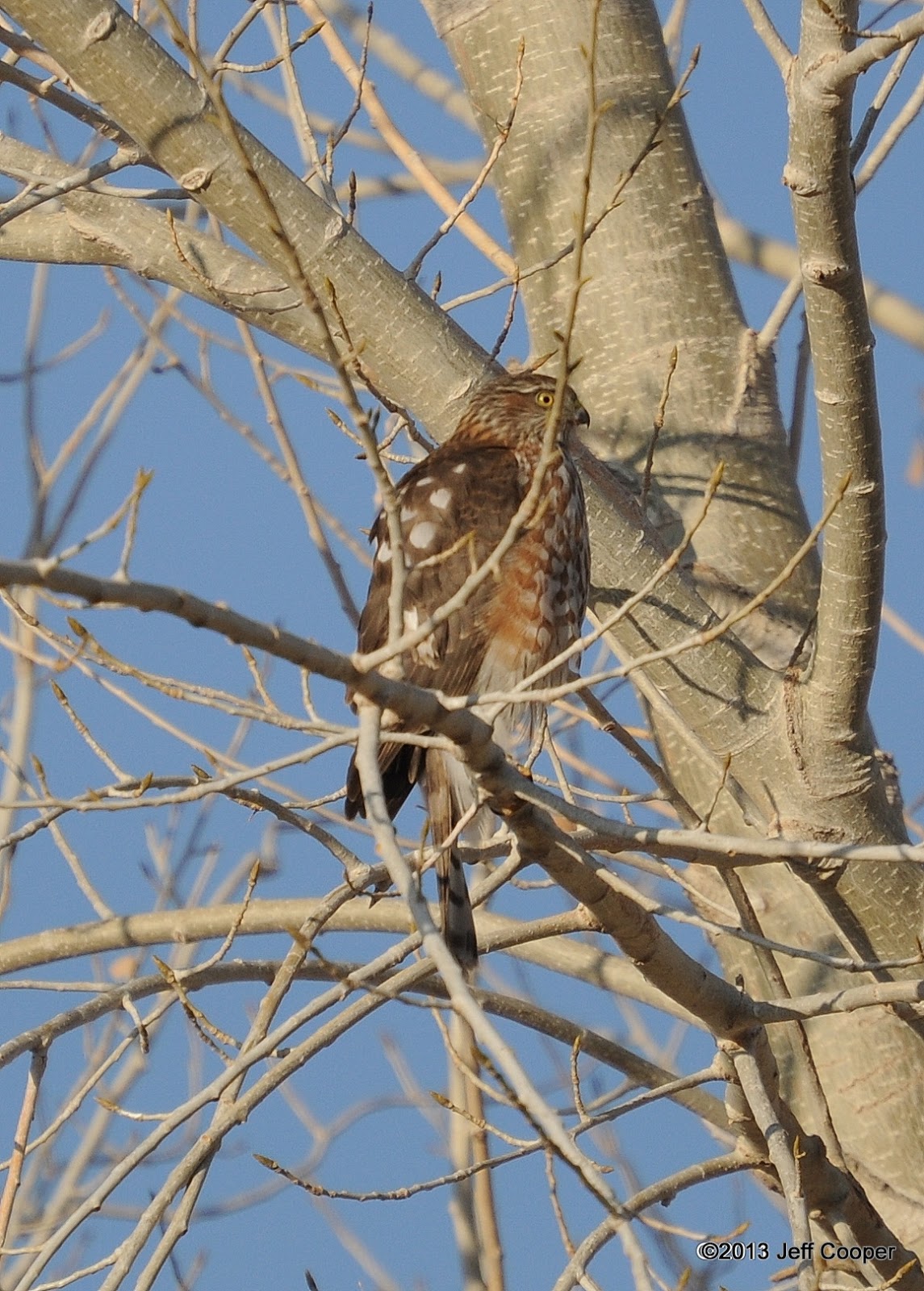 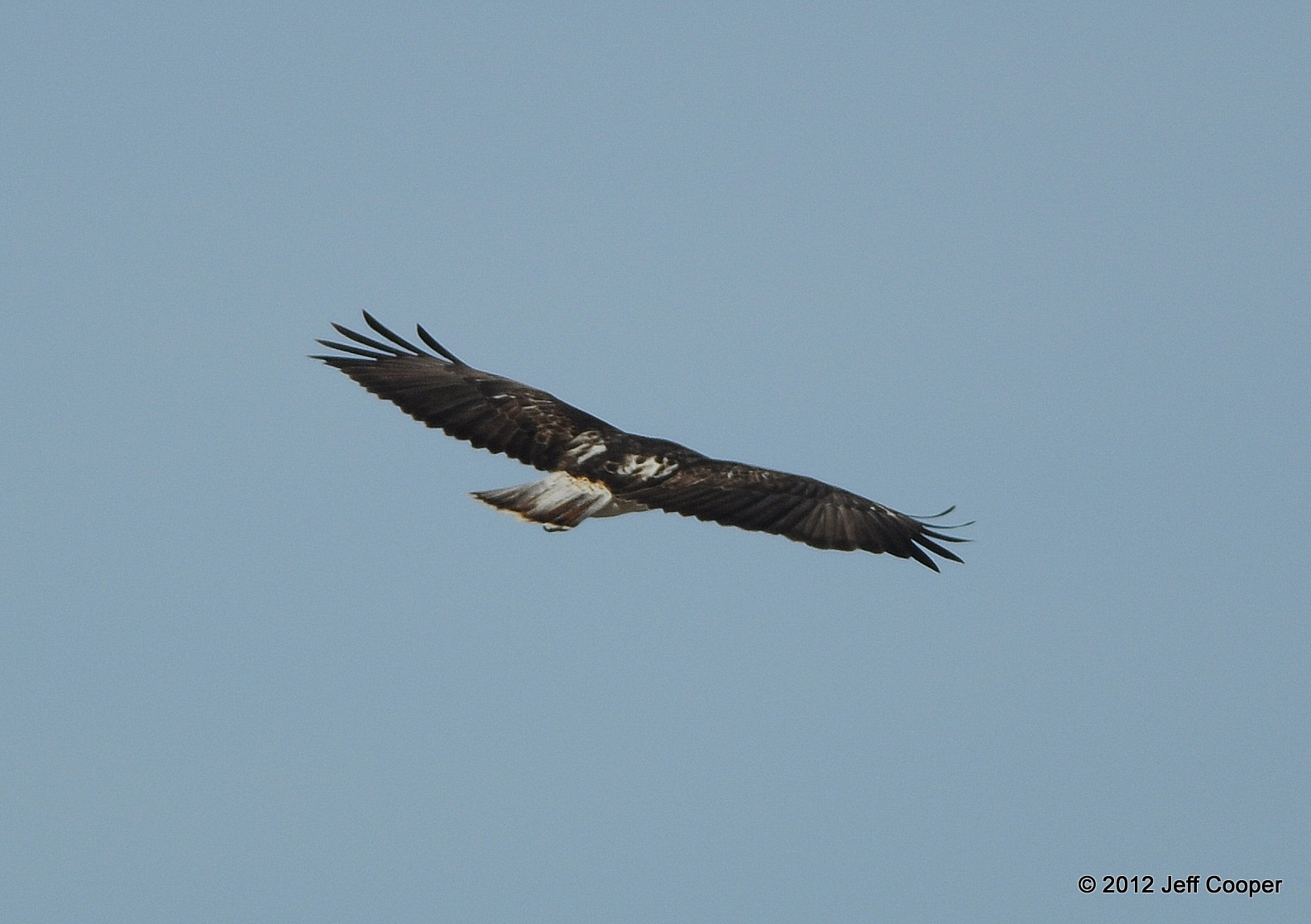 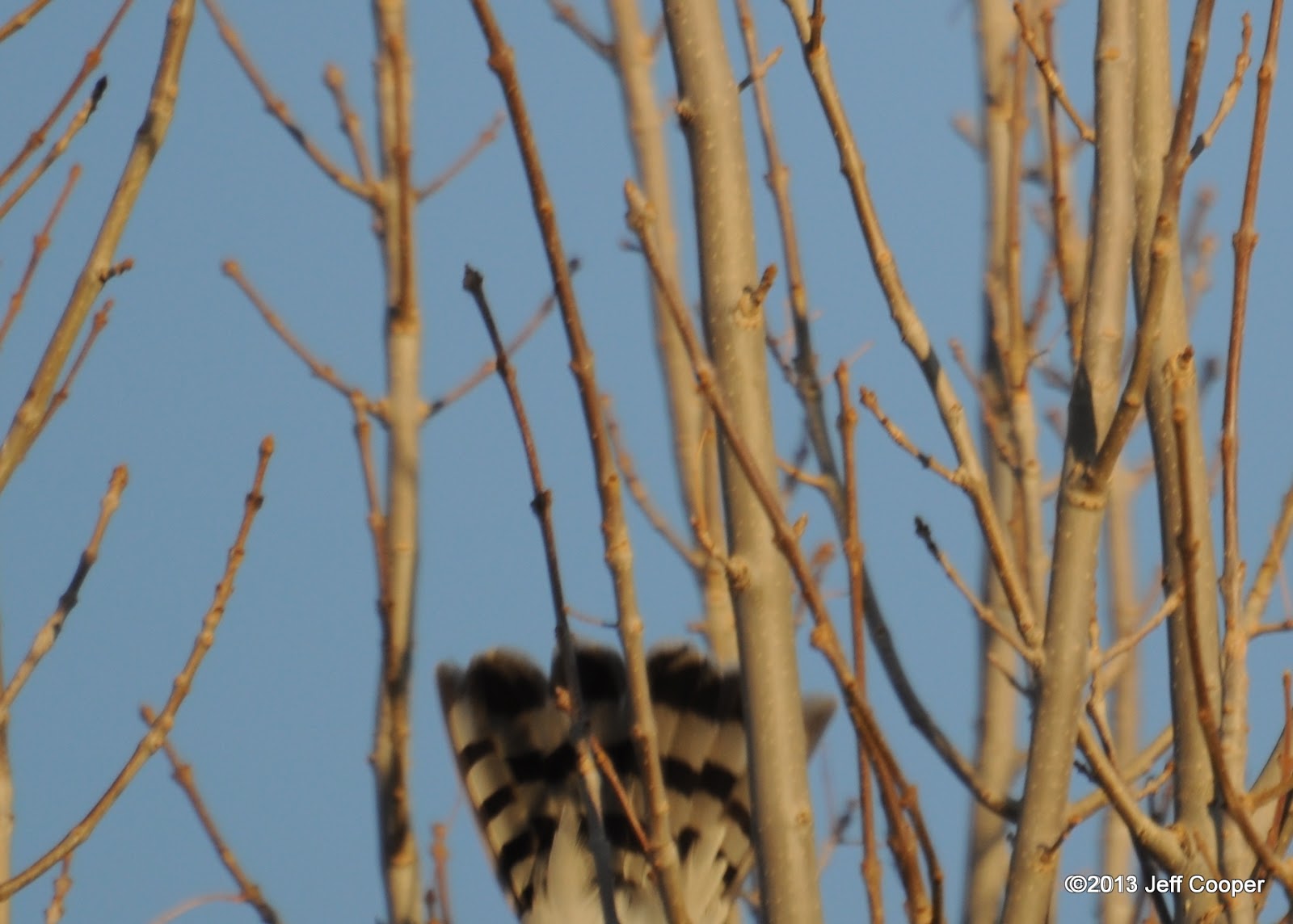