Black-and-white Warblers are seen in the US states east of the Rocky Mountains and throughout much of Canada during spring, summer, and fall. Once in a great while someone will see one on the western side of the Rockies in Utah, as it migrates to or from nesting territories in Canada.

While birding with my three-year-old grandson at the Riparian Preserve at Water Ranch in Gilbert, AZ earlier this week I discovered a vagrant Black-and-white Warbler that was foraging up and down the main trunk and large branches of a Cottonwood tree. It's foraging behavior was much like a Nuthatch--it would fly to a thick branch and work its way up or down the branch picking small insects from the bark. I was able to capture a few images of the bird as it moved around under the canopy of the Cottonwood. I reported the bird to a local birder so he could share it with the broader birding community in the area since it is considered a rare sighting in Arizona. Apparently there have been a few observed in the area recently.

Here are a few images from the side, bottom, and top to show how the bird is essentially black and white, long-billed, striped on the head and body, and spotted under the tail. A similar-looking, but more likely, bird to see in Arizona and Utah is the Black-throated Gray Warbler. It would have a shorter bill, yellow lores (between the eye and bill), and lack the black spotting under the tail. The Black-and-white also shows white feathers mixed in with its black throat where the Black-throated Gray would show a black throat for a male or more of a white throat for a female. 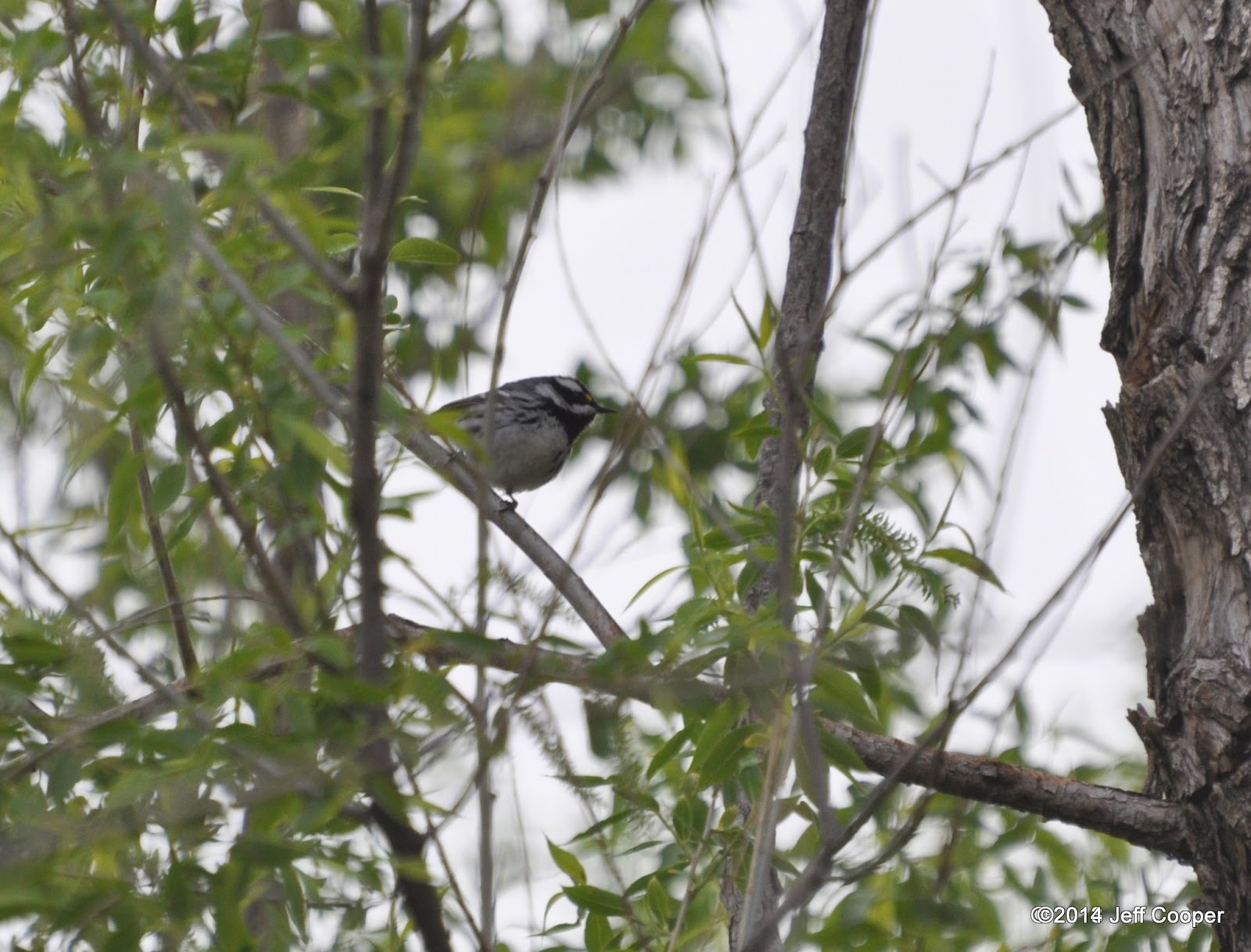 I was excited when I first saw this bird. The striking black and white pattern was clearly different from the Black-throated Gray Warblers I'd observed. This was my second-ever Black-and-white Warbler sighting. My first was back in Kentucky while visiting with family.

Spring migration is just around the corner so our trees here in Utah County will start buzzing with songs and calls from the typical warblers and vireos. Maybe I'll find my first Utah Black-and-white Warbler or some other rarity in the coming weeks and months.
Posted by Jeff Cooper at 7:54 PM

Jeff Cooper
I'm a husband, father, and grandfather making a living as a global supply chain manager. I love to explore, learn by experience, and share what I learn with others. Blogging facilitates these loves. I hope that my blog posts encourage others to appreciate and conserve the natural wonders around them. I am grateful to the Creator of the creations I enjoy.